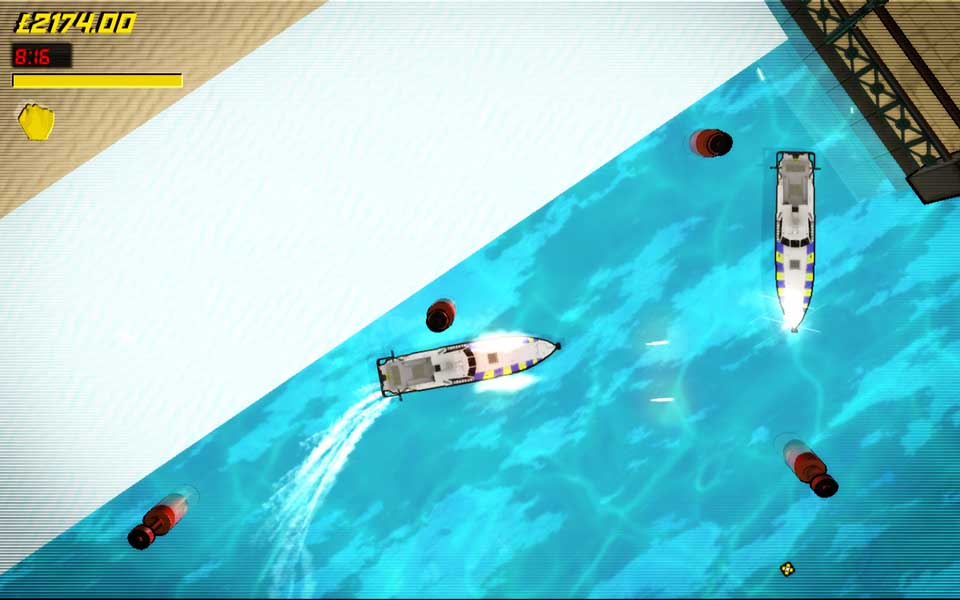 Total Anarchy is a free PC game I have been developing for several years. It's quite similar to classic Grand Theft Auto games, but it does have several unique features. You find yourself in Pavilion City during the year 1999. Are you ready to take over this town?

You can hijack cars, steal drugs, trash hotel rooms, murder citizens, blow up boats, listen to the radio, set people on fire, throw bricks & rocks, shoot rockets and otherwise behave like a terrible person much like you can in other open world games.

This game features a vast and vibrant city rendered in top down 3D. It includes nearly a hundred unique vehicles, 26 different weapons & 2 hours of exclusive in-game radio. Feel free to explore the place and cause havoc!

A physics based music experiment. Draw lines that represent note values and then drop balls affected by gravity to play those notes.

I created this using Game Maker 8 in June 2011 originally available as a Windows .exe only. Now I have faithfully ported it to HTML5 and it works perfectly on desktop browsers. Doesn't work yet on touch screen devices - The line drawing goes a bit crazy!

Navigate your ship through a pulsating 3D tunnel, shooting at enemies and collecting points.

Another port of a Game Maker project I created back in 2008. I wanted to see how well a 3D game would convert to HTML5. Visually I believe this turned out very well, although the performance leaves much to be desired. Expect some frame rate issues until I can optimise this further. This plays best with a mouse as on touchscreens the ship moves too unpredictably.

Help Smoky the Pigeon collect cigarettes (he has a nasty habit!) Don't let him fly into oncoming birds or outside of the screen. Swipe the screen to control his flying speed and direction. Good luck!

I made this game in about 90 minutes simply to test out code for directional touch/swipe controls. This works best on Android devices but you can play just fine on desktop browsers. Also works on iOS but no sound plays on both the Apple devices I've tested.

A low poly model I created based on an Excelsior-class starship from Star Trek. Rendered on a HTML5 canvas.

This is just a model viewer, with one model. This was made to figure out a workflow for converting textured .obj format models into the Game Maker model format and then exporting the project to a HTML file for viewing on any WebGL capable browser.