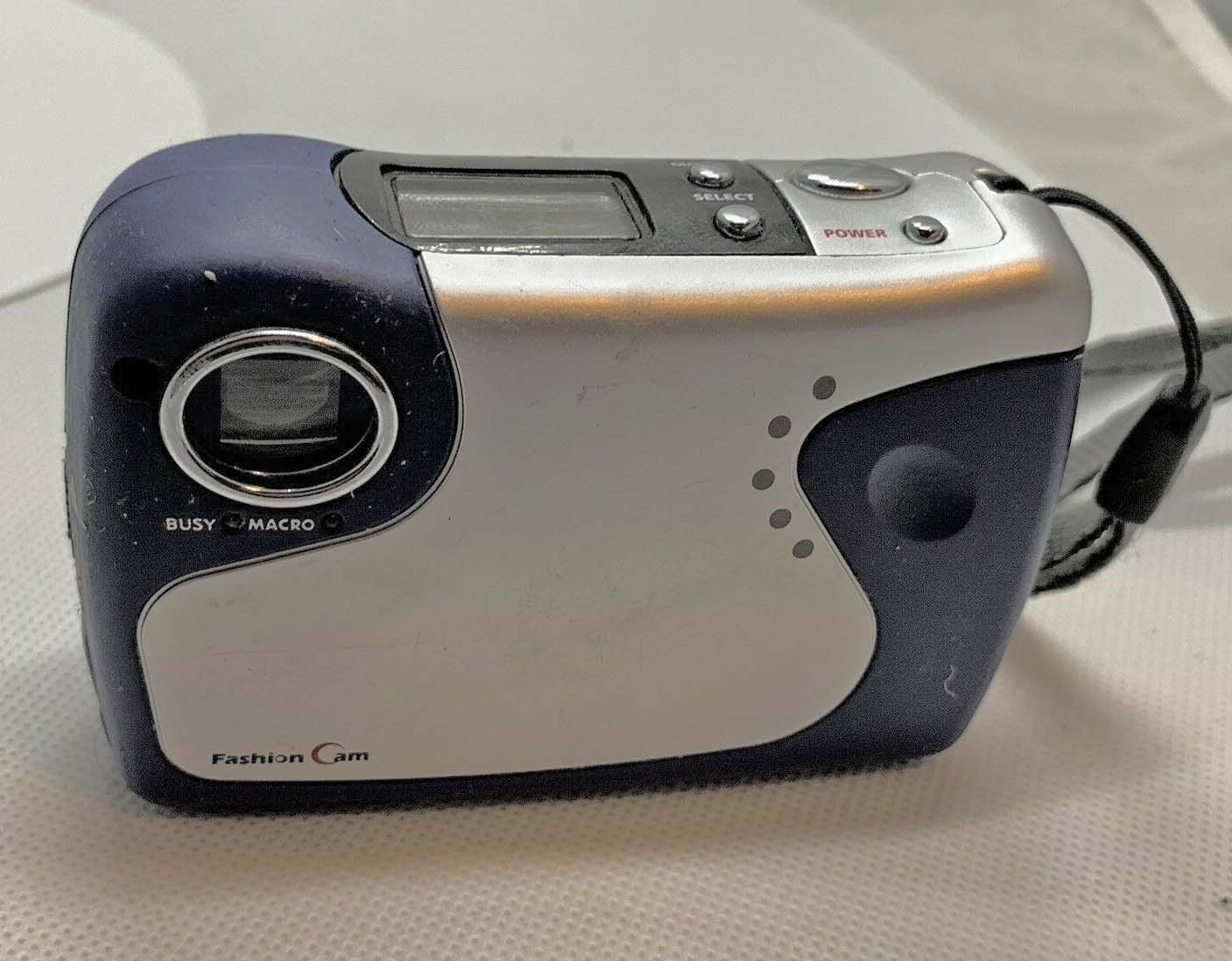 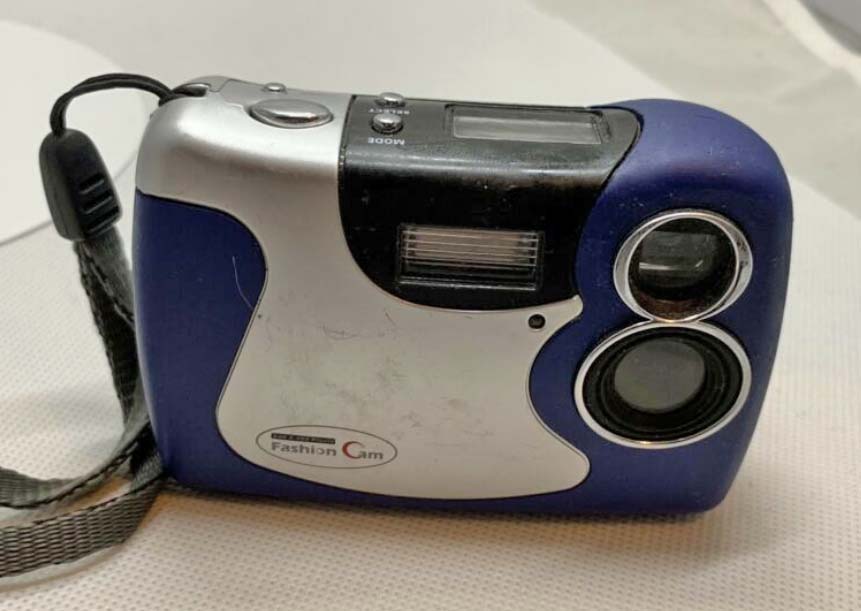 This was my first digital camera that I had around 2002. It had 8MB of internal flash memory allowing for roughly 60 photos in 640x480 resolution or 200 in 320x240. There was also a video mode which didn't record any sound and just rapidly took CIF resolution photos at about 3 frames per second. It ran off 2 AA batteries, connected via USB and could also be used as a PC webcam.

Completely obsolete by anyone's standards, I do fondly remember this nugget as facilitating my entry into digital photography. For me, the idea of taking photos that could be uploaded onto the family PC and manipulated in art software was a huge novelty. This came with a CD-ROM with some demo photo and video editing software by Arcsoft that I got a surprising amount of use out of. I was still on Windows 98 and didn't have the luxury of Windows Movie Maker, so being able to edit video files together and add things like transitions and subtitles was a real blast. 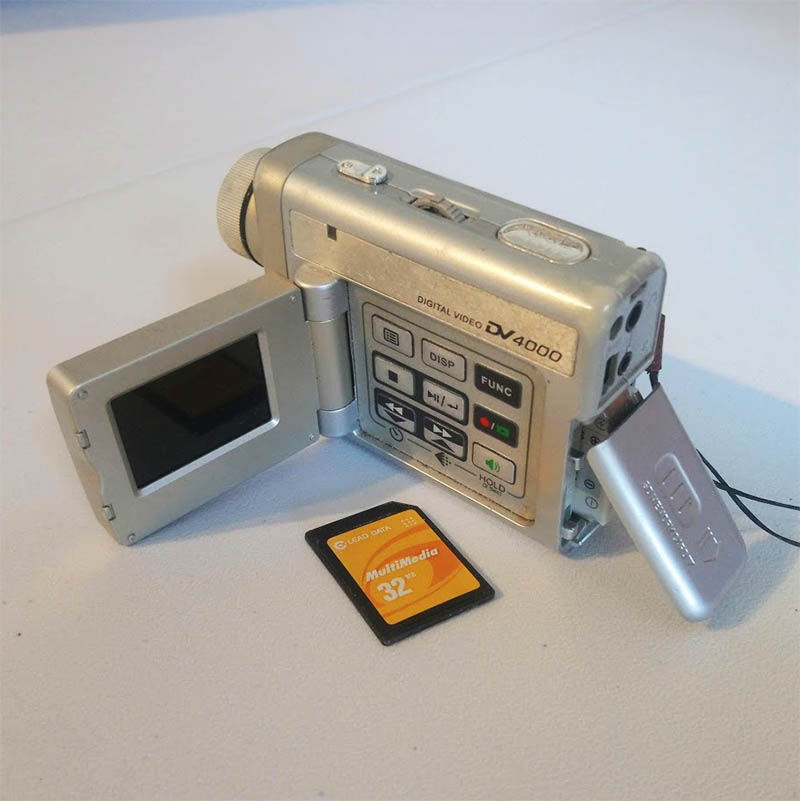 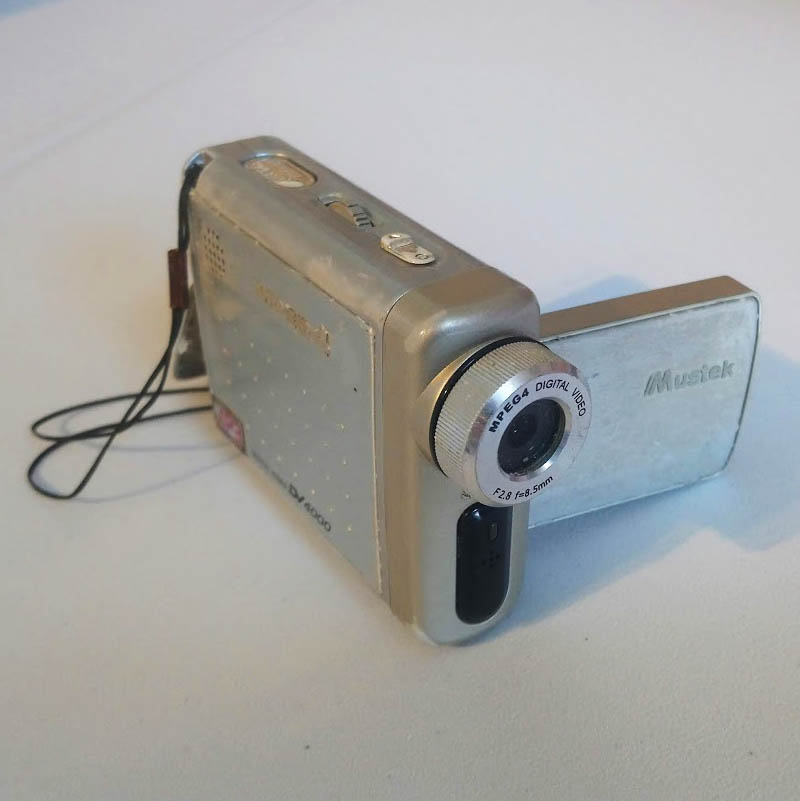 This small multi-function digital camcorder was mine in 2004. I couldn't afford anything capable of DV quality but was pleased that it had a 4MP still photo camera and a sound recording feature. The recording quality suffers from low-light sensitivity and poor frame rates. For some reason the highest video resolution (640 x 480) only records at 10fps, whereas you can record 240p video at 30fps.

I made a heap of blurry little films with friends and even added special effects to produce short action movies & fanfilms. Converting the ASF video files into something compatible for mainstream software often degraded the picture quality even further. The camera takes okay-ish photos in full daylight, but forget about any indoor photography. 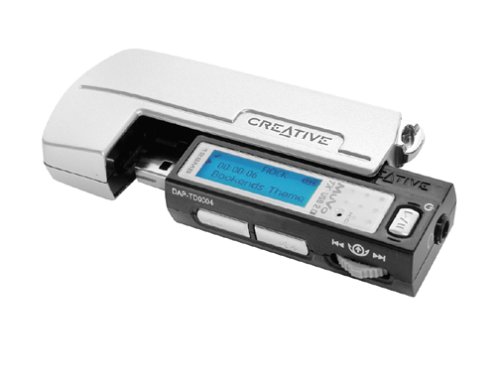 I've never owned an iPod of any kind, but I did chew through various mp3 players during the 2000s decade. The Creative MuVo was my first. The MuVo range was launched in 2002 and mine had 128MB of memory (I would keep my music at a crunchy 56kbps to fit as many CD's worth of audio as possible.) This player was nifty in that it split into two parts, the larger being a USB-A receptacle holding an AAA battery and providing power to the player. The player also doubled as a USB flash drive - so at a time when I was still relying on 3½ inch floppy disks to transfer homework files between school computers, this was a huge benefit. Unlike my friends' iPods, this also came with a voice recorder and an FM radio. I particularly liked being able to record audio files directly from the radio, almost as a digital continuation of making mixtapes with cassettes.

Sadly, after about a year the USB-A connector died of stress which rendered the player totally broken. It went in the bin and I resorted to a portable FM radio (and even my Mum's '80s cassette walkman) until I could save up for a new Mp3 player. During this time, I found a lost MuVo just like mine in the wet grass outside school. This player was also broken but worked enough to allow a PC connection via USB. It was the perfect time capsule of 2003-era emo and pop punk crammed into 128MB.